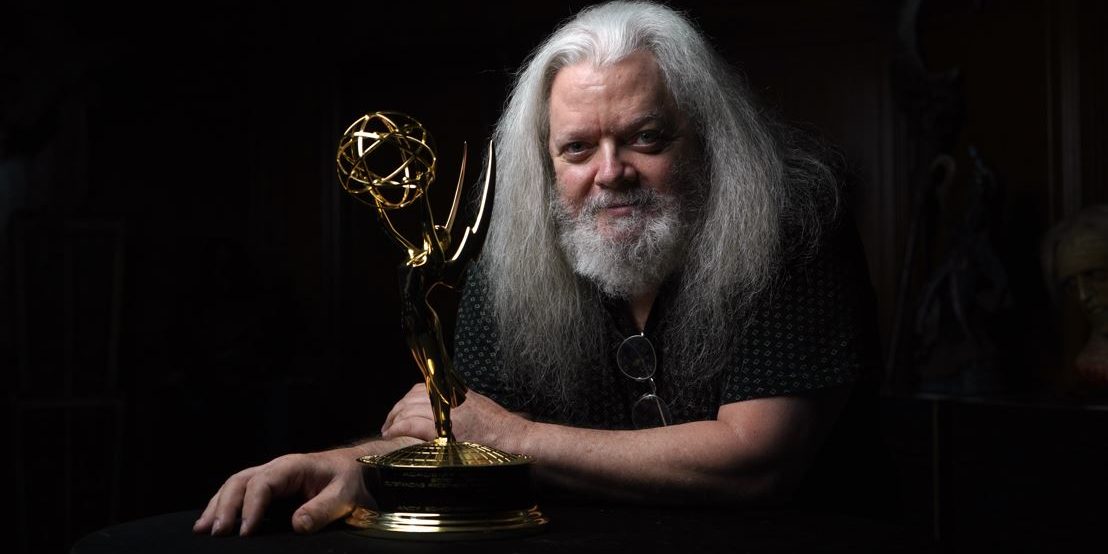 Prolific and diverse two-time Emmy Award winner Andy Schoneberg has the wide-ranging skill , patience and positive attitude that it takes to succeed in the world of creature effects. Growing up in Billings, Montana, Andy had to learn the business from trial and error and hints gleaned from rare books. Schoneberg has had a prolific and diverse career as a special effects make-up artist, an FX sculptor, and even a puppeteer. He’s worked for most of the major, iconic creature shops from Stan Winston Studio, to Rick Baker’s Cinovation, to ADI and KNB. Over the years, he’s contributed makeup effects and creatures to more than 100 films and television shows including EDWARD SCISSORHANDS, JURASSIC PARK, THE PACIFIC, TERMINATOR 2: JUDGMENT DAY, THE HANGOVER II, INGLOURIOUS BASTERDS. and THE WALKING DEAD.
Go to Top