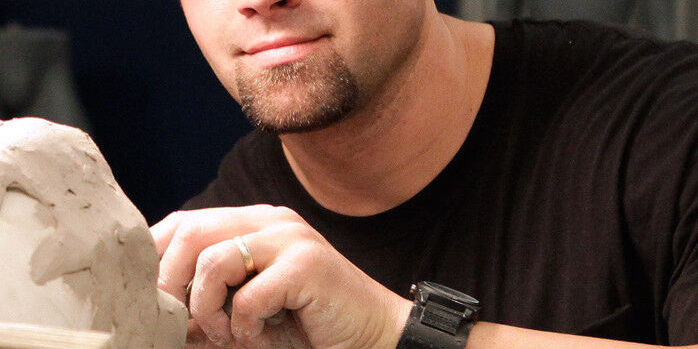 Wayne was literally the captain of the football team in his hometown of Fort Myers, Florida. An unlikely character to get into the SFX world, Wayne first discovered special effects work at 8 years old while helping his dad build haunted mansions at their house for Halloween. Inspired by movie characters like Predator and idols like Steve Wang, he was a self-taught artist until he pursued professional work by attending Cinema Makeup School in Los Angeles, where he received the Dick Smith Legends of Makeup Scholarship. Wayne has been married for 5 years to his high school sweetheart, a cosmetologist. Wayne is a serious competitor and wants to show the world just how much hard work, honed skill, and personal dedication it takes to be a SFX makeup artist.